Aircraft speed is checked as the pilot crosses the string for wet testing at the fly-in.

The teaming up of Air Tractor and Transland for an industry fly-in in March, 2015 proved to be a model for success.

Attendees came from the Texas-Oklahoma region as well as numerous states and Canada.  The crowds were treated to a Texas BBQ luncheon on day one, followed by Fish Fry on day two, both thanks to Air Tractor.  Many of the attendees also took advantage of the opportunity to tour the Air Tractor production facilities. 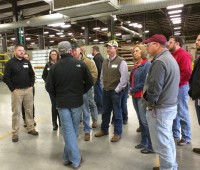 Rick Turner, Air Tractor VP of Operations, with back to camera, leads one of several Air Tractor facility tours during the fly-in.

A report on the Texas Fly-In was included here in an edition of Ag Air Update, ag aviation’s newspaper. 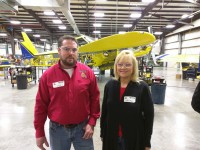 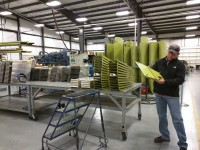