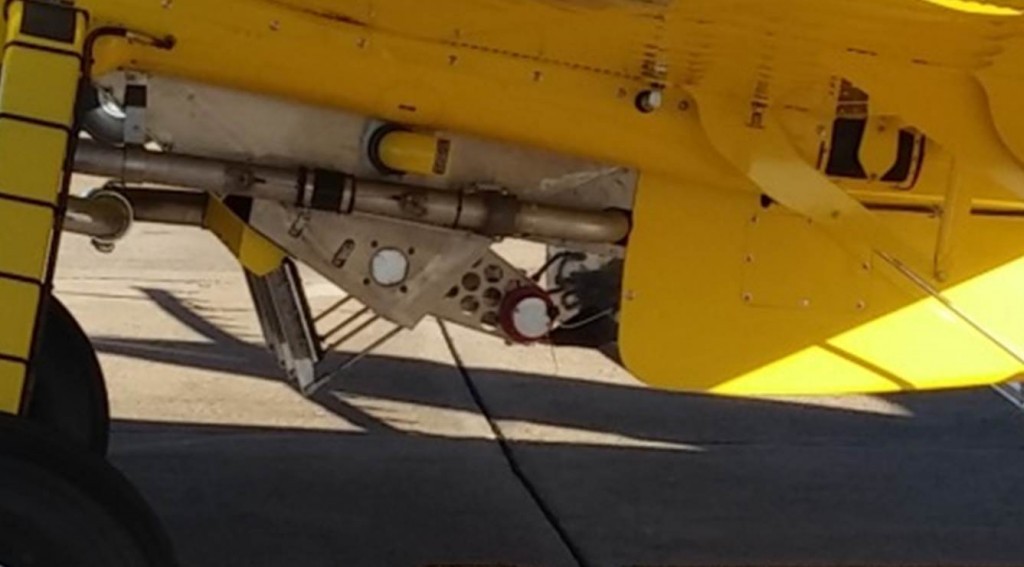 Operators using the new Transland 7 1/2″ Gate Box are very enthusiastic about the way this new gate operates, and the support they have received from Transland to introduce this product to the marketplace!

Whether it is the light touch needed to open and close the manual gate, or the touch screen controls for the hydraulic, several operators report this is “the best gate box” they have ever used!

Transland won wide acclaim at the NAAA convention in early December, 2014.   Both the manual and hydraulic control models were on display on the floor of the Louisville, Kentucky show.

The new controller for the hydraulic gate has been developed in a partnership with DynaNav and brings many additional features to bear as you can see in the video below.

At the January, 2015 Arkansas AAA show, we were able to catch up with Chris Pulliam, pilot for Miles Flying Service, who has flown with the Transland 7 1/2″ Gate Box for over a year.  Chris was very complimentary about the design, ruggedness and the features of this new product.  Click the video below to hear from Chris.

Scott Rainey, Owner/Operator at Rainey Aerial Ag Service in Obion, TN had the 7 1/2″ Hydraulic Gate Box installed on his new Air Tractor 802 in 2015.  Though skeptical at first, he now feels the 7 1/2″ Gate Box is “the gate of the future” and he likes how it works.  Watch the video below for all of his comments.

Aerial Crop Services Owner/Operator Mike Hall has had a good bit of experience with the hydraulic 7 1/2″ gate and discussed it with us in the video below.  Mike reports that results from a recent Operation S.A.F.E. Pattern Testing show amazing results for the Transland 7 1/2″ Gate.  The Coefficient of Variation (CV) was in the high teens using his 10″ gate, but now with the 7 1/2″ gate box, the CV has dropped to 6%.

Now that several installations of the Transland 7 1/2″ Hydraulic Gate Box have been completed, more cockpit customization has been made according to operator requirements.

Touchscreen controls for the Transland 7 1/2″ Hydraulic Gate Box may be mounted on either side of the cockpit.